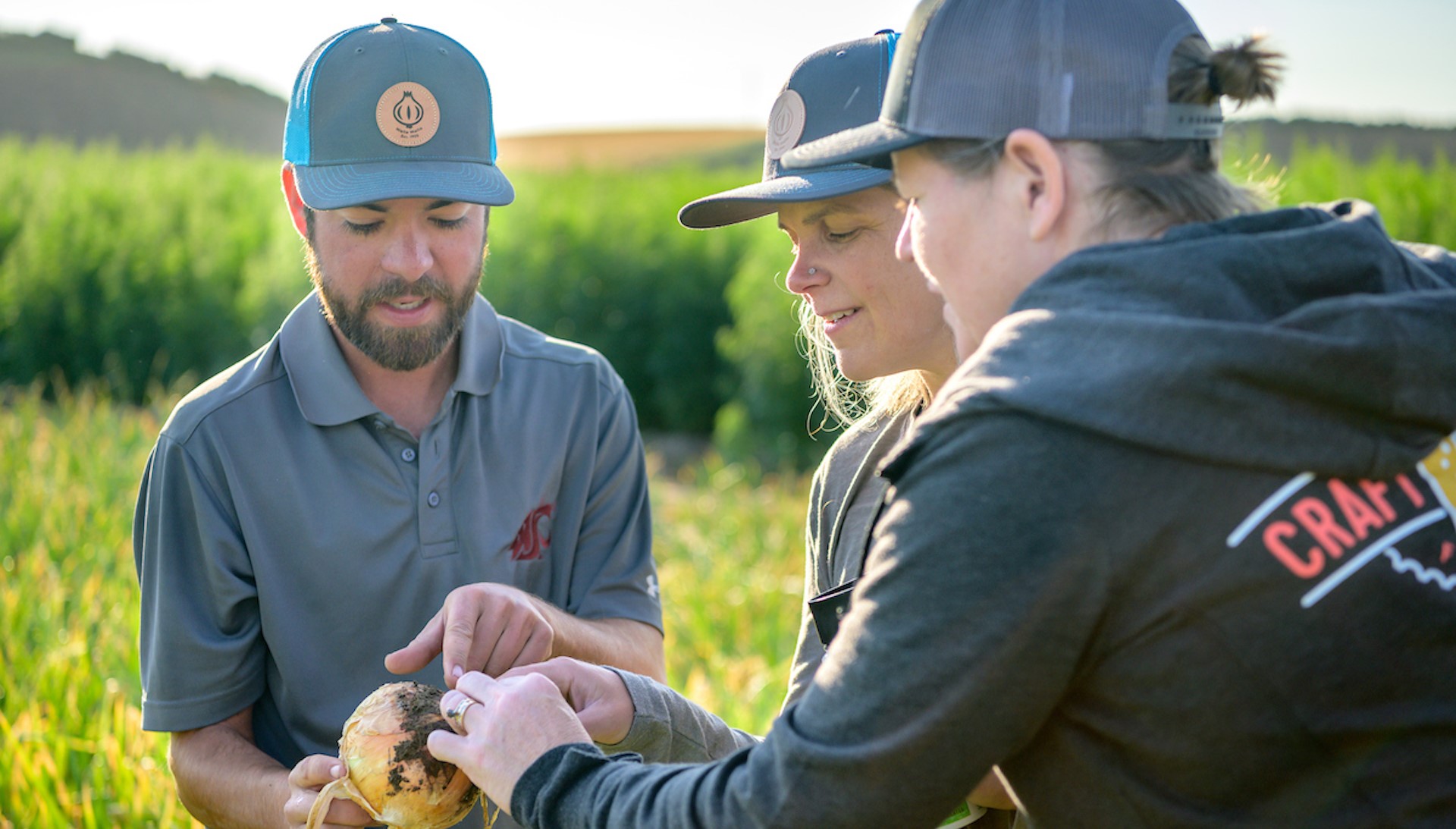 Burgerville fans love their Walla Walla Sweet onion rings. Like, really really love them. Last year Burgerville served over 200,000 pounds of sweet onions. That’s the equivalent of 15,000 bowling balls, for all you comparison-enthusiasts. With this year’s addition of our all-new Walla Walla Wonder Burger, we thought it would be fun to share a little of what makes a Walla Wall sweet onion so, well, sweet among other things.

If you drive through Walla Walla, Washington around mid-June, you may want to roll up your windows. The air here? It really smells like onions. Walla Walla sweet onions, to be specific. They’re the official state vegetable of Washington and it’s harvest time.

Walla Wallas are considered the mildest and juiciest jewel of the allium family. (Sorry, Vidalia, Maui and Texas Sweet-we won. Deal with it.) In fact, people out here eat them just like apples. Sure, they’re a bit fanatical, but there’s actually science involved: the soil’s low sulfur content allows the sugar flavor to come through, which means a milder, sweeter flavor. The Northwest’s long rainy season also contributes. In fact, the region’s soil is so distinctive that the federal government granted Walla Walla its’ own designation. Only onions grown here may use the name Walla Walla sweet onion.

A bit of onion world history for you: what we now know as the Walla Walla sweet onion started its journey to the Norwest over a century ago when French soldier Peter Pieri brought sweet onion seed from the Italian island of Corsica to Walla Walla in the 1800s. Pieri took up farming alongside his new Italian neighbors, sharing his heirloom sweet onion seeds with the families. (Which, by the way, is a great way to get into any neighbor’s good graces.) Today, each family cultivates its own heirloom seed stock.

One such family is Burgerville supplier Mike Locati of 4th generation Locati Farms. Mike’s grandfather was a field hand for Pieri, who worked his way up the ranks and eventually started his own farm using Pieri’s seeds. Mike, who’s president of Locati Farms, is considered “onion royalty” around Walla Walla. We aren’t quite sure what that means but we suspect there’s a crown involved. Each year, Mike selects a strain of heirloom seeds just for Burgerville. It takes a certain kind of sweet onion to hold up to the giant ring size and audible crunch of a Burgerville onion ring. Mike’s also busy developing new sweet onion strains, like his distinctively red “Rose’” Sweet Onion. Before we all get too excited, that’s an onion, not a hot new summer sipper for your book club. In any case, we are happy to be bringing you sweet onions with such a proud heritage. You can check out Locati Farms’ deliciously edible handiwork at any Burgerville until mid-August and then they are gone until next summer. 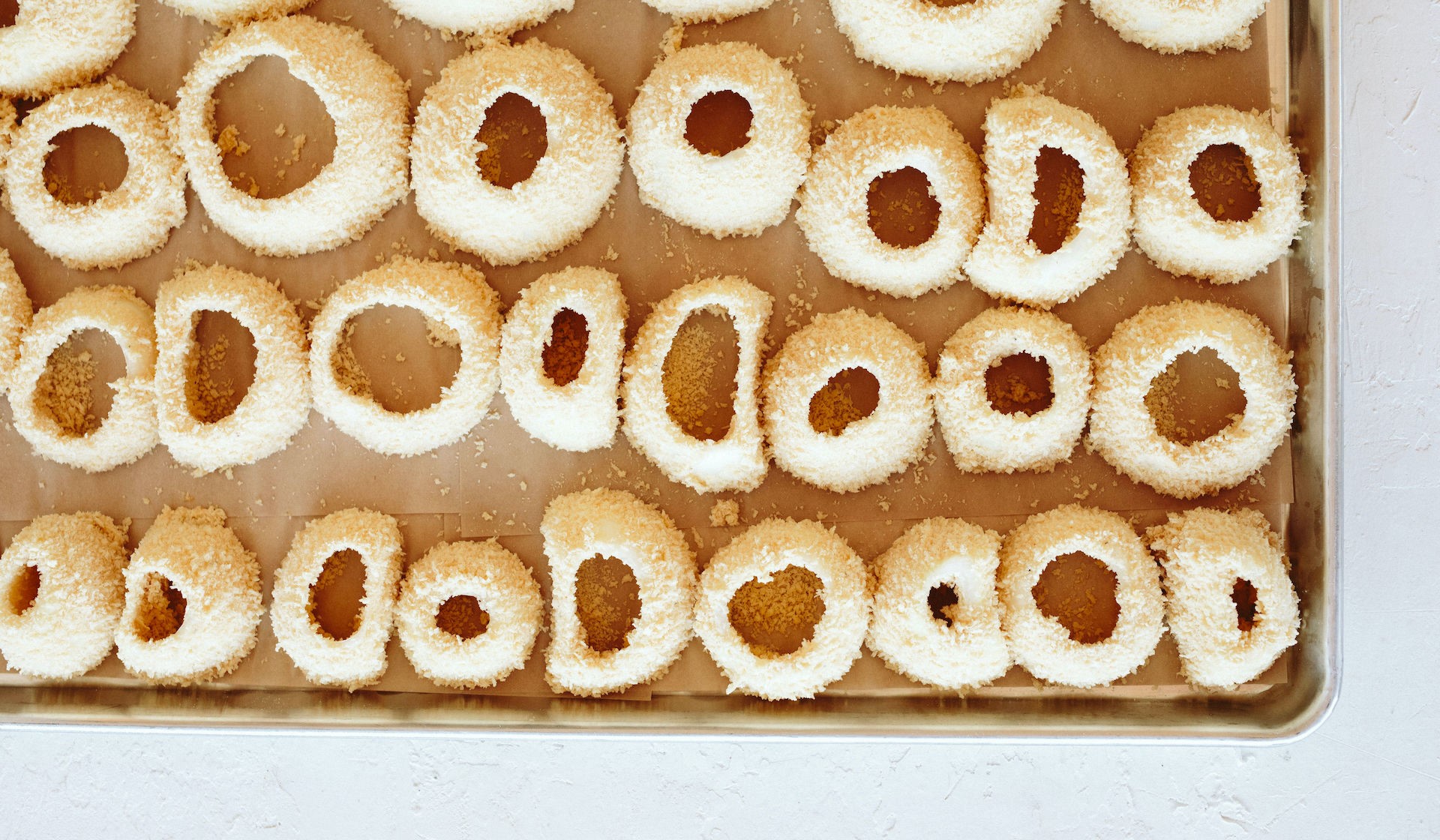 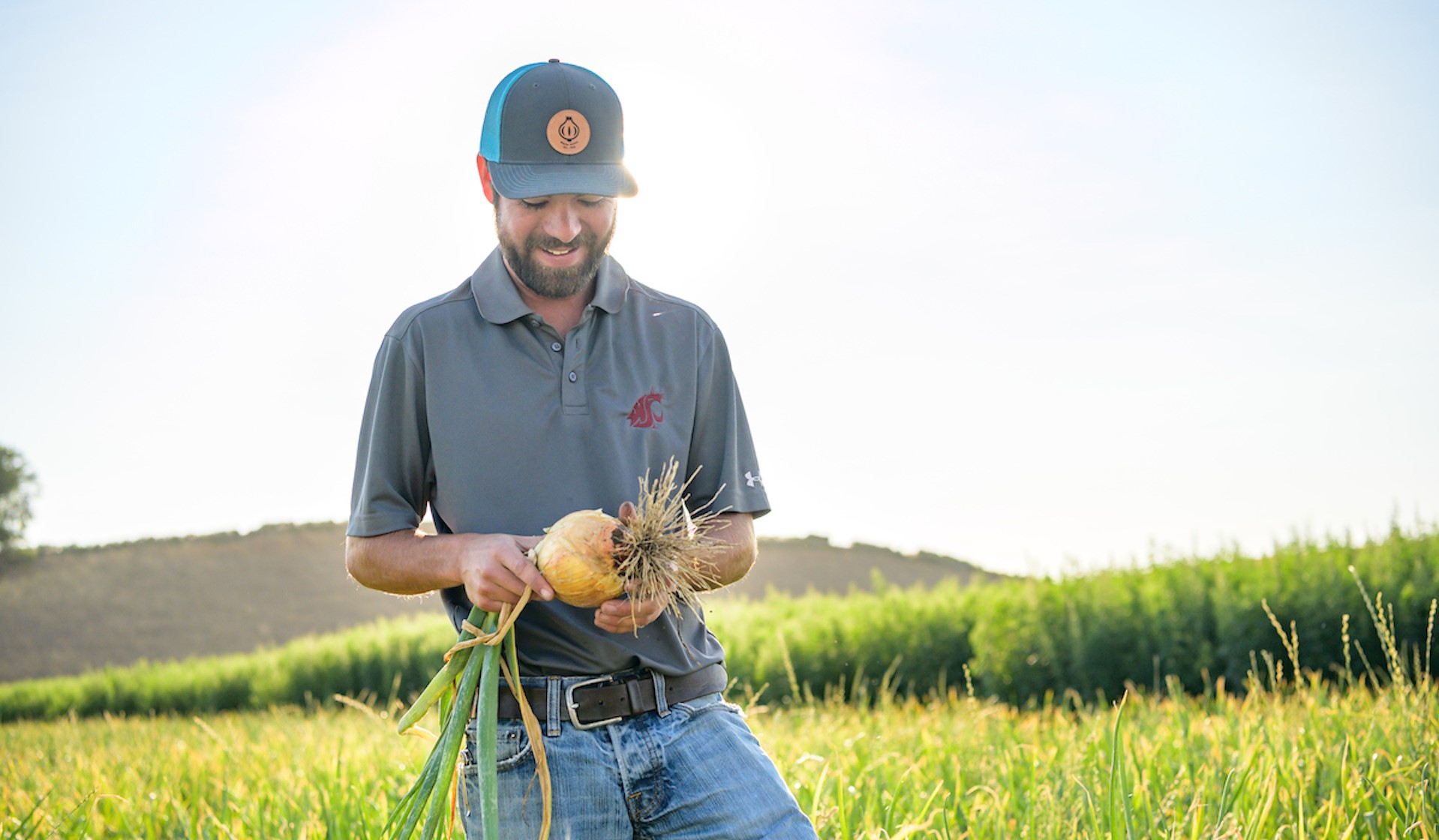 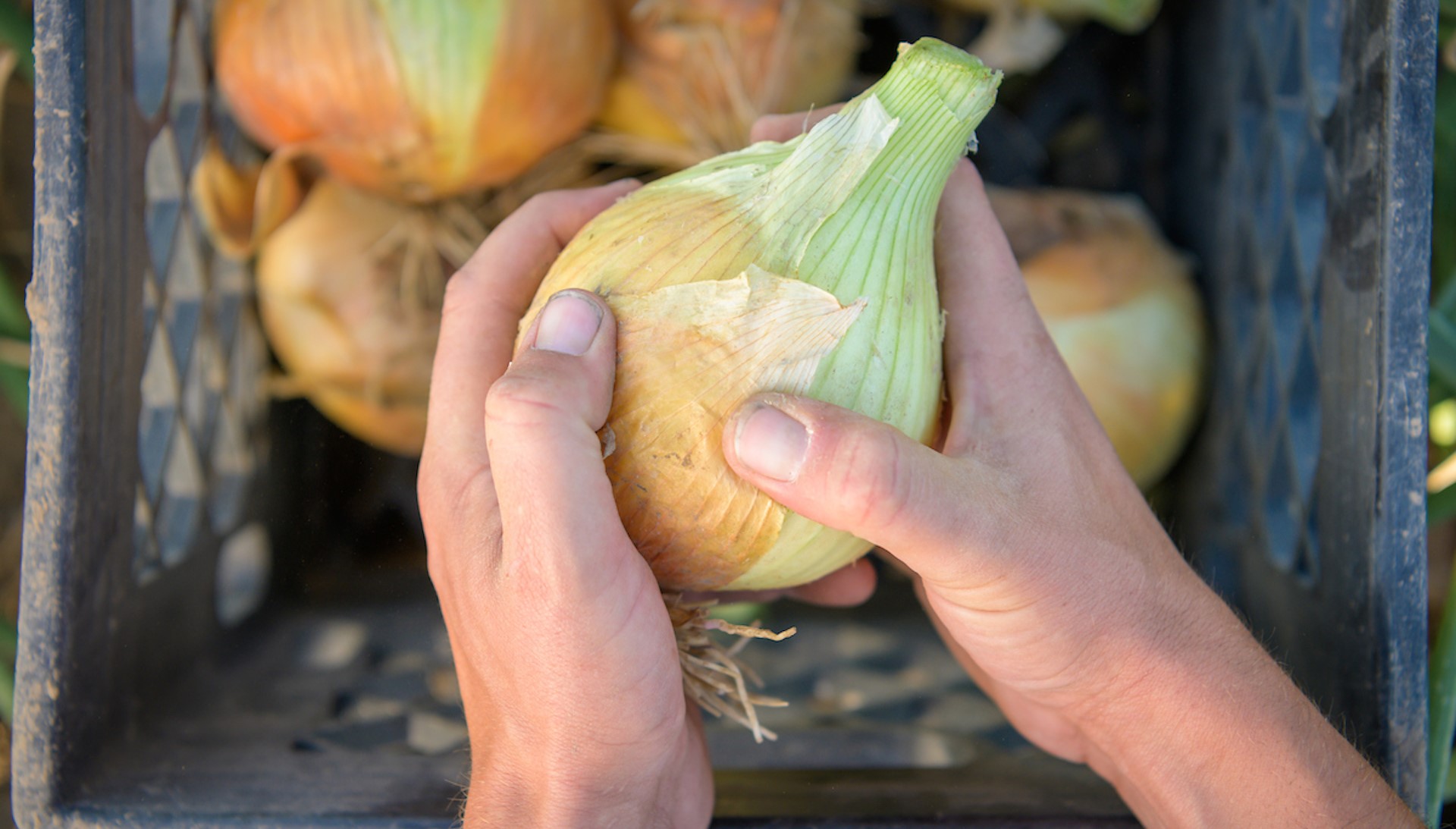 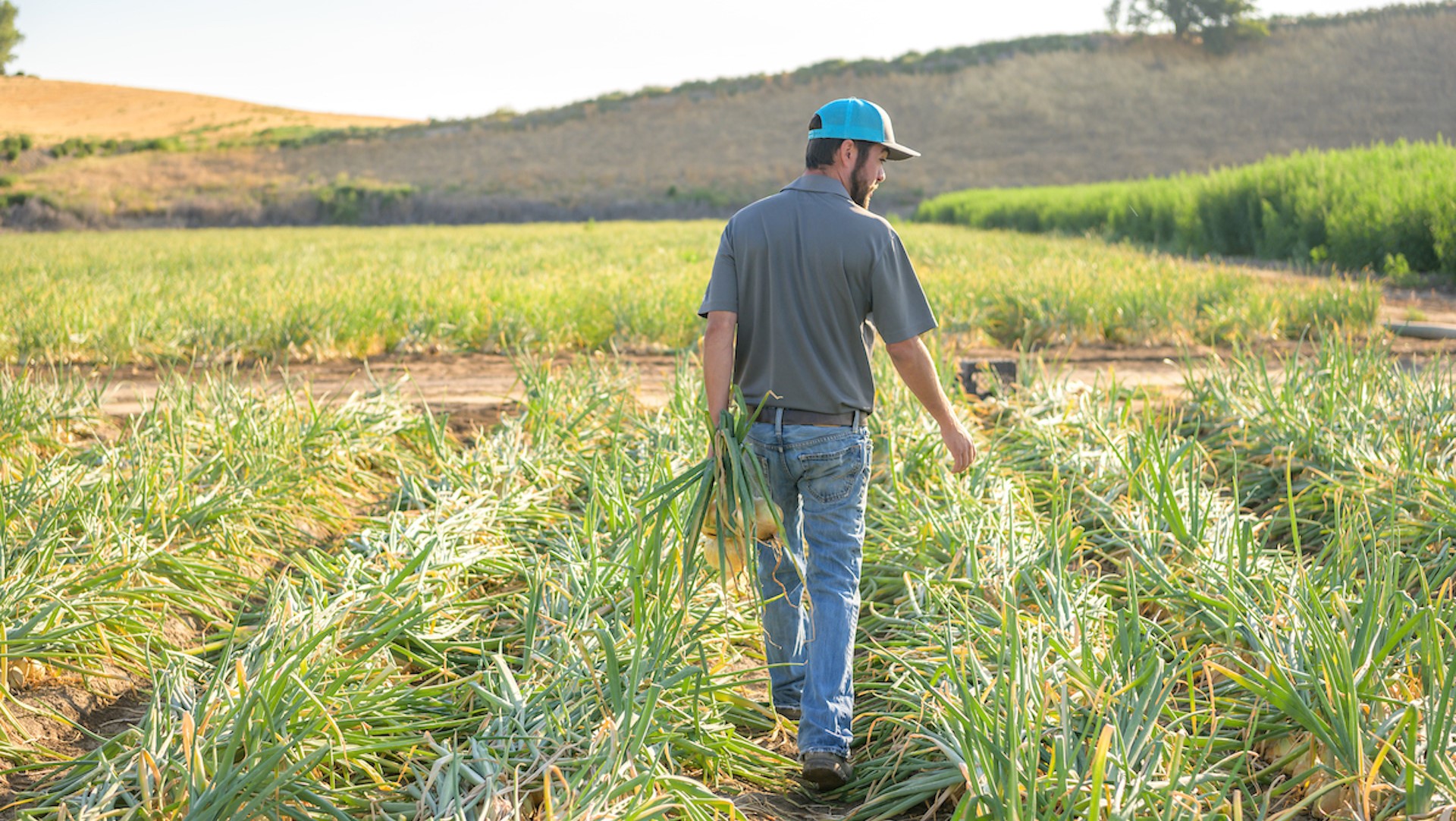